There’s a deadly secret buried beneath the golf course … 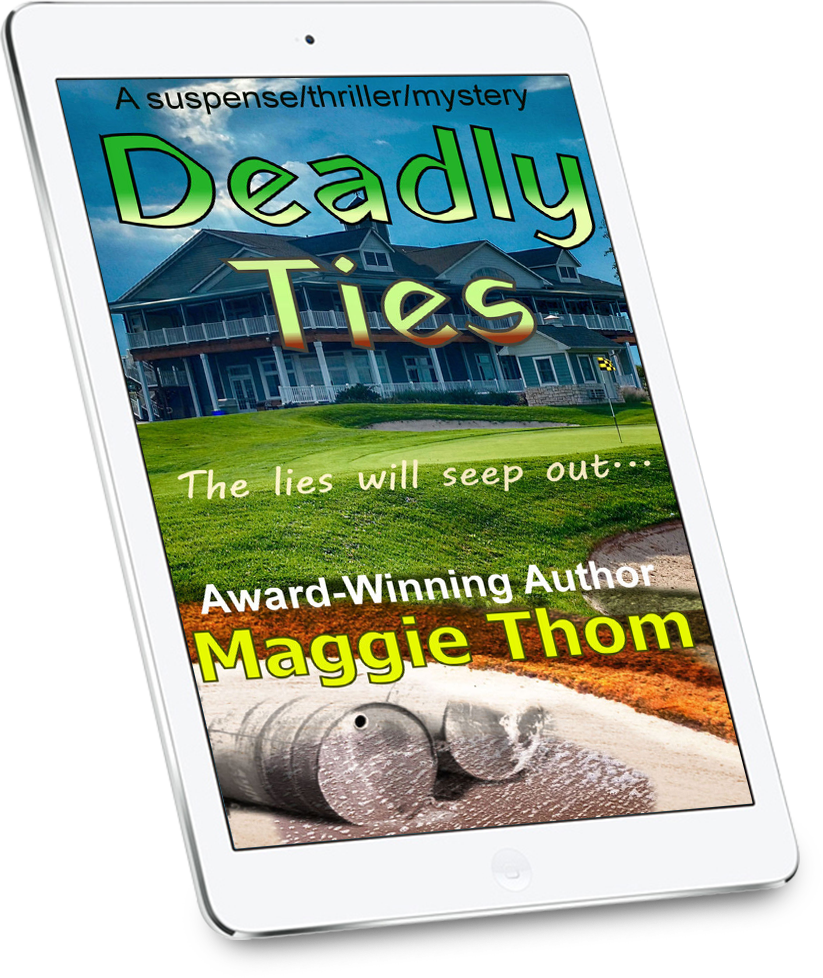 Fantastic book!  Not exactly what I was expecting!  This book holds so much more!  The plot of the story will floor you to the ground!  Unbelievable!  And the characters…..  they are left to be talked about!  This is a page turner of a read right here!  This author is going to take you on a mysterious ride when reading this book!  And don’t think you have it all figured out… Because you won’t!

“A Deep Mystery With Hidden Treachery And Suspense.”… There are hidden secrets, and covered up crimes that someone wants buried for good, even if it means more deaths… I’ve been a fan of this author from her debut suspense novel, and have eagerly followed her writing as each new book was released. She is a masterful storyteller, who weaves an intricate plot with many twists, and even the reader is never sure what is truly going on, and who did it until the story comes to a climatic end… In fact, Maggie Thom is one of the best suspense writers in today’s fiction. Highly recommended.

It’s a truly gripping thriller full of action and suspense involving three generations of women of a family… It’s really a total page turner and I can’t wait to get to the end to find out the truth.

Deadly Ties is not the first book I read by Maggie Thom so I knew she’s an award winner for good reasons and she does not disappoint with this one… Maggie builds up the story through the interactions of its many characters. At the same time, the author doesn’t make it as if the characters are lecturing to the reader but rather like the reader is eavesdropping on their conversations… I highly recommend this book but start reading it when you have some time to spare because it’ll be impossible to put it down.

…once again, she proves her strength as a master of words, plots and finely chiseled characters. Ms. Thom has addressed a brutal truth of the past, when carcinogenic chemicals were knowingly used and disposed of improperly, in the cheapest way possible, while being buried under bribery and threats, outside of the scrutiny of the government that was supposed to protect its citizens. This tale is a slice of that reality in a fictionalized version that will keep you riveted to every word, every page as Maggie Thom weaves a brilliant cloth of the many colors of deceit.

…There are a lot of feelings and emotions wrought in this story and the family drama becomes more deadly as it unfolds. I loved the suspense and the action…