“The Author weaves a twisting plot that leaves the reader breathless… The novel is a real treat and highly recommended.” 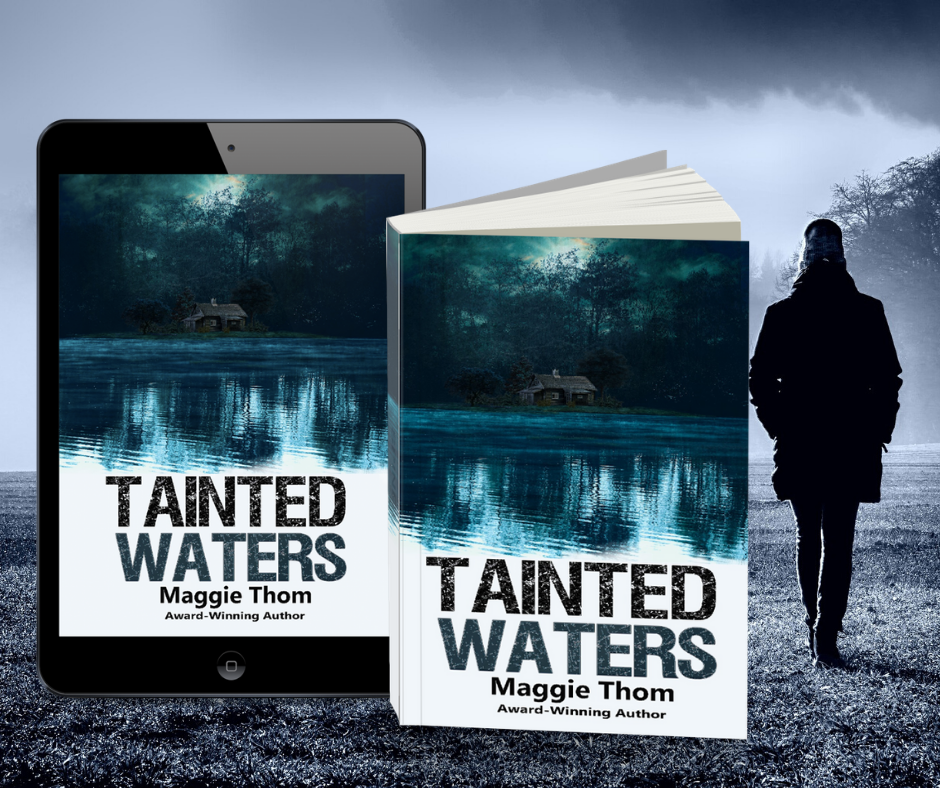 He didn’t commit suicide but who’s going to believe her?

Frustrated at being fired from her latest job and overwhelmed by her consolatory family, Sam needs to get away, so she moves to the family’s cabin at the lake. A place she hasn’t been since her dad committed suicide there, twenty years before. Or did he?

Keegan has recently moved to the area to finish his latest book, but he is also trying to find out if his grandfather, who’d passed away ten years before, died of natural causes. Or was there more to his death?

The descendants, of the four families who own the land around the lagoon, are dying off. But why?

Since Sam and Keegan are the only ones questioning what’s going on, they find themselves working together to seek the truth. Are people being murdered? Who would benefit from their deaths? And why are there barricades and armed guards at the north end of the lake? What they discover is unbelievable but even worse is who’s behind it. To stay alive, Sam and Keegan must find proof and convince others, before more people are killed … including them.

I LOVED this book! It was fast paced and had me gripped from the start….. And talk about twists! Just when I thought I knew where this story was leading…… Bang!….. Plot twist!… I loved Sam’s nosy, I won’t stand for any crap character….. Which usually landed her in trouble, and in some cases a LOT of trouble.

… Ms. Thom definitely takes you on a journey full of twists and turns as you try to solve the mystery and get to know her characters. Plus she throws in just a light touch of romance to keep the romance lover in all of us happy …

Queen of All She Reads

Add it to your Bookbub

(just ask them to order it in). 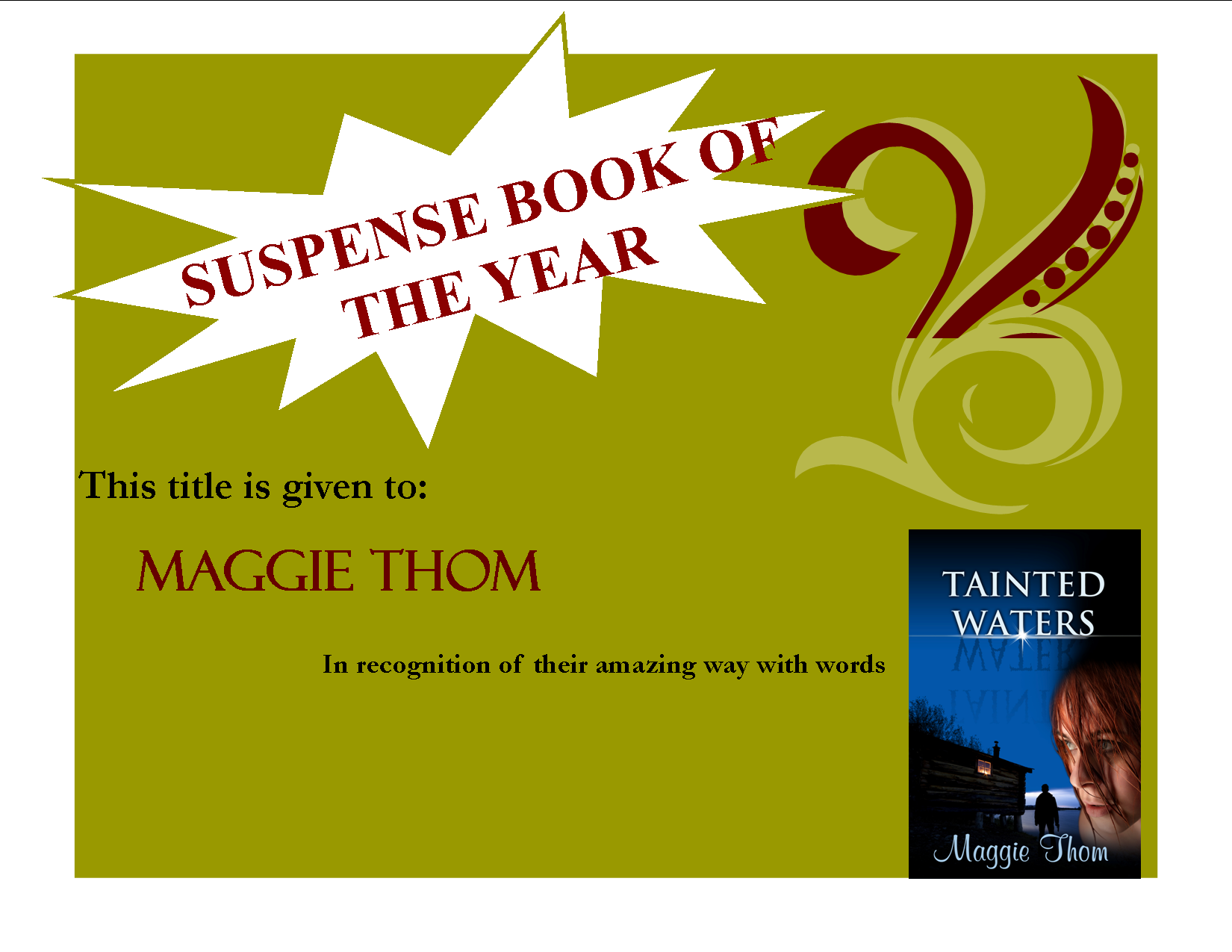 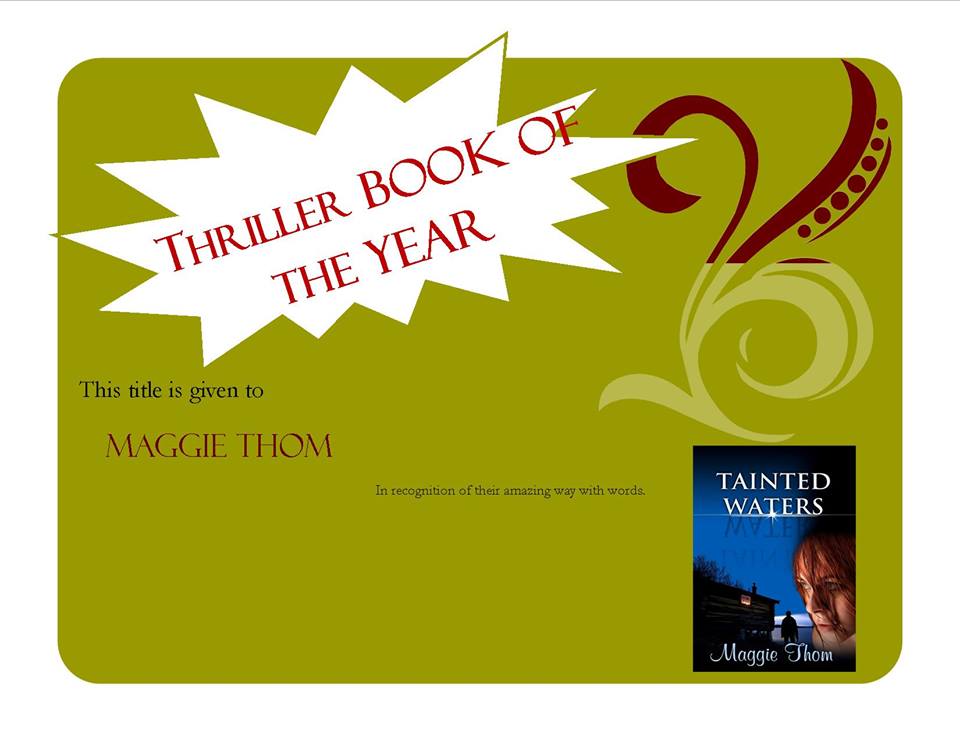 I enjoyed Tainted Waters thoroughly from the moment I started to read it. I especially loved the two characters, Sam & Keegan and their journey to seek the truth…

…The premise of this thriller is captivating. Both protagonists are well-drawn and believable with no overdone heroics on the part of the hero…

…Exciting story, loved the beginning introduction to Sam.  She is a firecracker and had me chuckling.  Had a little bit of everything from betrayal to romance.  Another wonderful read from Maggie Thom.

Musing from an Addicted Reader

…Tainted Waters is a story full of corruption, drugs, lies and murder. You’re introduced to several characters who could ultimately be the main antagonist and several smaller players. Figuring out the who done it and why can be a little murky…

This is a book that will have you on the edge of your seat. Just when you think the story is over, think again.

…Maggie brilliantly creates suspense and the atmosphere of unease and creepiness.  Her characters inspire the reader to join them in their hunt to solve the mystery which makes them likeable, approachable and very human rather than super human…

The Most Happy Reader

Add it to your Bookbub

(just ask them to order it in).