Uncovering her family history,
might just get her killed. 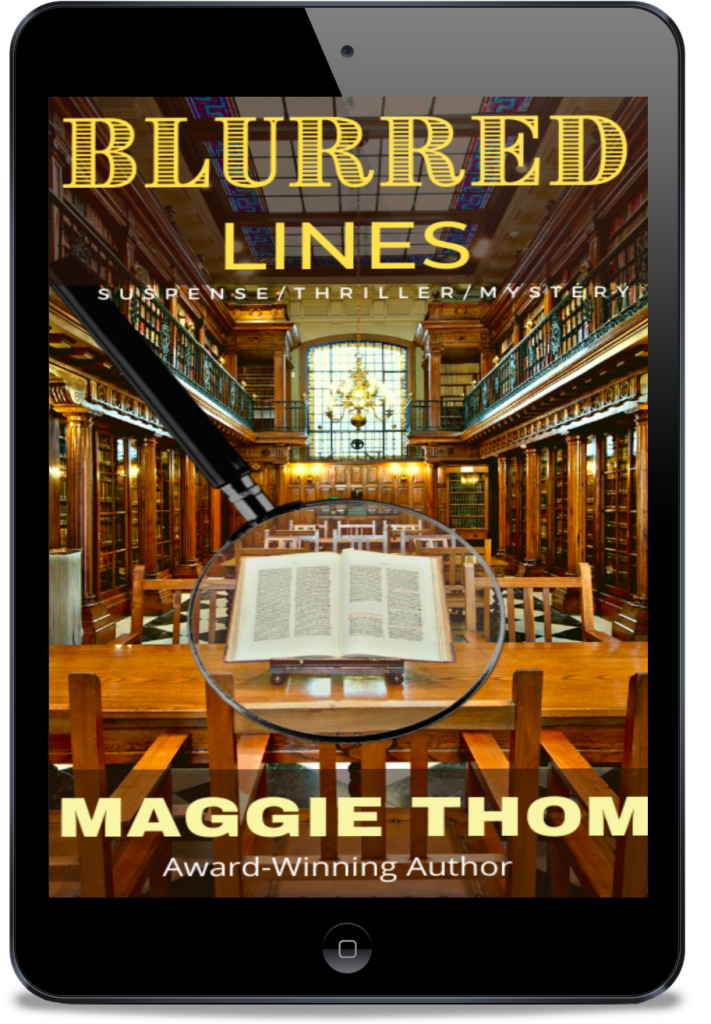 Thom knows how to turn up the tension in all the right places..."

Her job is supposed to be fun. It is supposed to put her history degree to use. But Amanda is nothing more than a personal assistant to a grumpy, old man. The only good part of her job is she occassionally gets to put her hands on the old, rare books, she thought she’d been hired to catalogue.

Mike wants to take Totter down. The man stole his grandparent’s library of old books. After he’d had them murdered. But Mike needs proof.

In doing what she thinks is a good deed, Amanda soon discovers there is more to her boss than she could have imagined. It might even get her killed.

Thrust together in unlikely circumstances, Amanda teams up with Mike. What they uncover shocks them both … secrets, lies, and murder … that hit way too close to home.

Fill out the form above to get your FREE copy of Blurred Lines.