It’s supposed to be the first day of summer… but we are so far from the sun and warmth that I attribute to summer.

Southern Alberta is in a state of emergency due to flooding. The whole south western part of the province is under a roaring river of water.

I grew up in Southern Alberta and so have lots of family and friends who are affected by the recent flooding. It is so beyond devastating. I feel sick with what is happening and even worse because there is nothing I can do. Mother Nature is a scary force to reckon with.

Rivers are flooding and spanning over areas at least 2 – 3 kilometers wide (about 1 1/2 miles) and wider in some areas. Houses are being swept away. So far there are no reported deaths, although there are a couple of people suspected to have lost their lives in the flooding. It’s amazing really with how fast the creeks, streams and rivers rose that more people haven’t died and for that I am very thankful and hope that there are no more.

For you who haven’t seen what is going on, here are some pictures I’ve found on the internet. I’ve tried to put the links as to where I found them but I see many people are posting them so I’m not sure the credit is going where it belongs but thank you to everyone who has shared their pictures and videos. 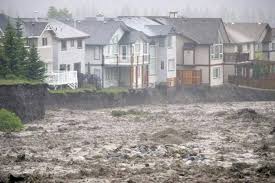 This used to be a creek. Not very big or deep really. 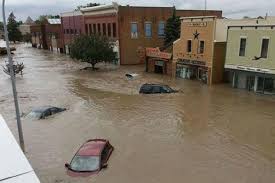 It’s scenes like this that are heart warming in this devastation. 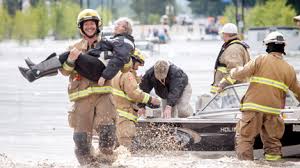 Thankfully both the cat and the man made it to safety.

Here is a link with many pictures of the devastation.

A collection of pictures and videos of the flooding in southern Alberta. https://storify.com/ctvnews/flooding-in-canmore-pictures-and-video

The sad truth is that it is still raining, it’s only going to get worse in the already flooded areas and then there are the places downstream that will have to deal with the flooding soon. I am praying for people’s safety and for the waters to recede soon.