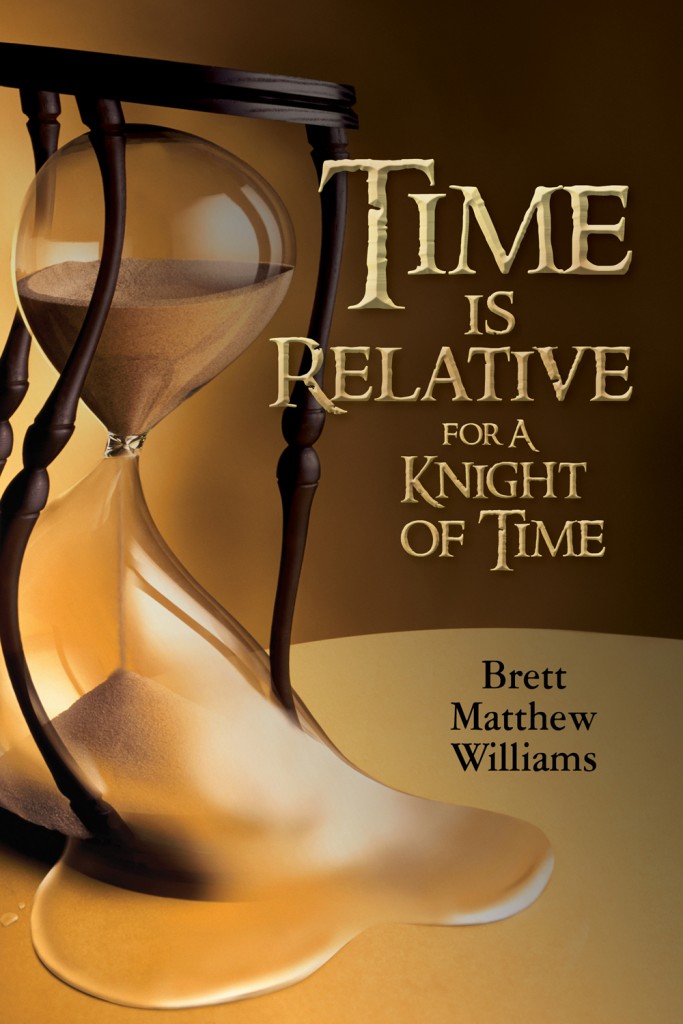 Meet Rolland Wright – a seventeen year old orphan living out of his car in rural Woodland Hills, California. Aside from grappling with the fact of being abandoned by his drunken father two years previous following his mothers mysterious murder, his life mostly revolves around finding a warm place to sleep at night. When one day he is attacked by men claiming to have killed his father, Rolland discovers a strange ability to slow the flow of time around him, beginning a journey that takes him to places outside of time, space, and eventually to the early 19th century to fight the sinister General Andrew Jackson. With the help of a rag-tag group of historical and mythical figures with various supernatural abilities of their own (Joan of Arc, Jesse James, etc) known as the Knights of Time, Rolland solves the mystery behind his mother’s murder, falls in love, battles the evil Edward Vilthe – reaper of souls, and finds a home of his own in the paradise known as Eden.

The Time is Relative series chronicles the origin story of the mythical figure Father Time, beginning with the award winning first novel, Time is Relative for a Knight of Time. All dates and events are historically accurate. The participants… maybe not.

“What do you think, then?” came Judah’s voice, as Blaisey zoned back into their conversation.

Blaisey looked at him and saw him staring back at her. To her astonishment, Blaisey realized that Judah was asking for her opinion. Aside from his rather informal introduction, this was the ﬁrst time that Judah had addressed her directly. Her surprise must have been evident to him, as Judah’s lips crept into a thin, lopsided smile around the cigarette.

“I knew a man once,” Blaisey said, in a calm, soothing voice. Her father, Nahoy – leader of the Nabawoo, had told her that white people prefer when natives speak in a calm, slow, relaxing tone. He believed that it goaded the white man into a false sense of superiority that their people could use as an advantage.

Blaisey had seen this as slightly sneaky and underhanded, but those were thoughts from before the days of Jackson’s terror, before the days of people falling out of the sky at daybreak and being kidnapped by American soldiers in the middle of the night.

“This man, he rolled and smoked his tobacco, like you,” Blaisey continued.

“Oh, yeah?” Judah asked, the cigarette in his mouth bobbing between his lips as he spoke. “What brand? I’m a Luckys man myself.” He sniffed and lifted his head proudly, his chin held high.

“This I do not know,” Blaisey said, smiling out of politeness. “And we cannot ask him, for he is dead.”

At this, Judah stopped his search for the lighter and looked at Blaisey head on, giving her his full attention for the ﬁrst time. “From smoking tobacco, right?”

Brett Matthew grew up with a passion for both film and history. He began his career fresh out of high school as a Production Assistant/ football player on NBC Universal’s television series Friday Night Lights (of which he can often be seen in the first two seasons as a member of the championship team – Go Panthers!). He quickly moved on to serve as an Original Series intern with the USA Network in Studio City, California. Following work on shows like Monk, Psych, and Burn Notice, Brett returned home to Texas to continue his education, graduating with his degree in History from Texas State University. A proud Master Freemason, Brett thoroughly enjoys fantasy fiction, watching Netflix, running, baseball, Shakespeare, and spending time with his family and critters.